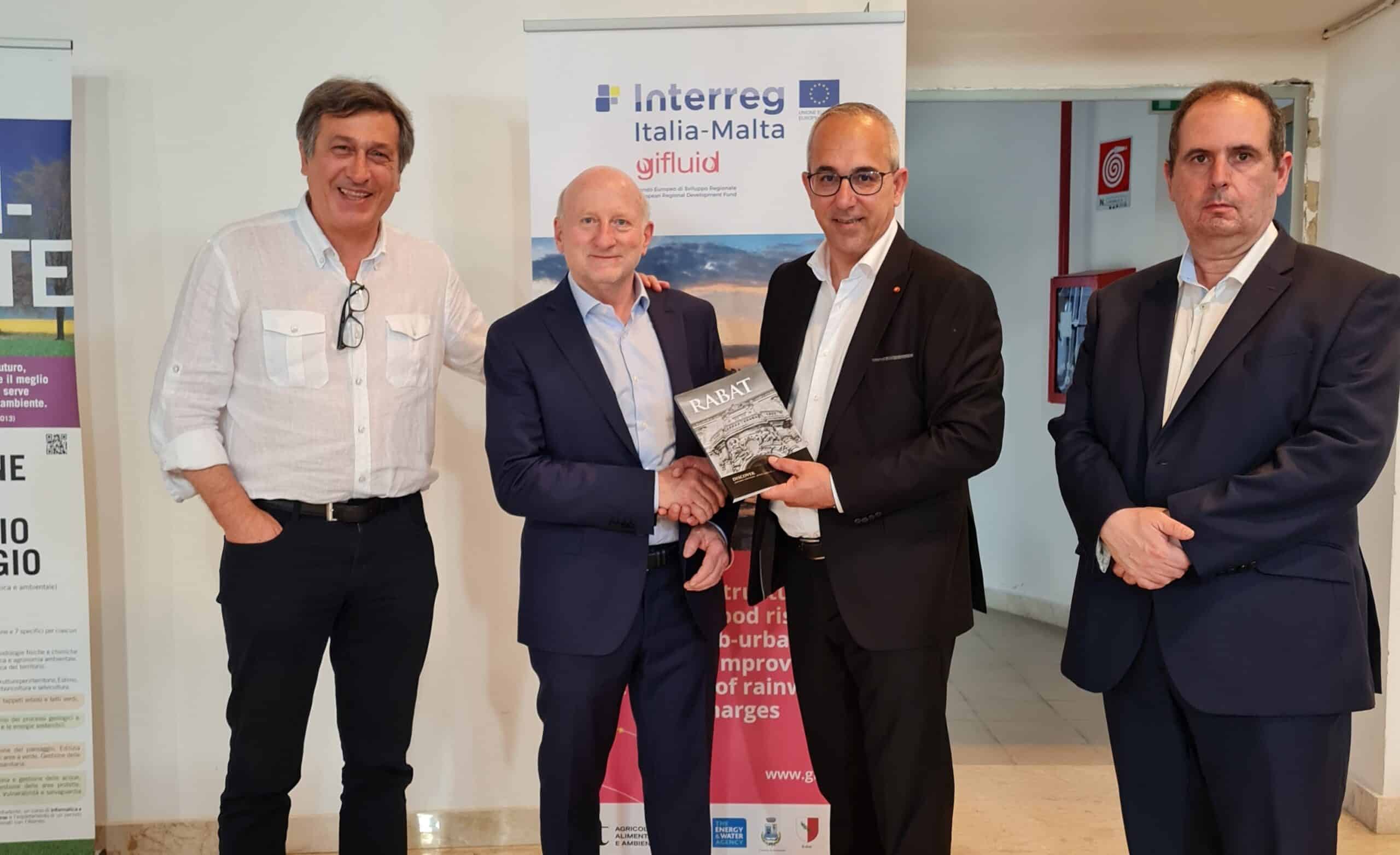 The Energy and Water Agency together with Rabat Local Council participated in a technical seminar on the GiFluid Project which was held at the University of Catania. Over 200 participants attended this workshop to learn about the actions being carried out under the GiFLUID Project to mitigate urban and suburban flooding in Malta and Sicily through the introduction of Green Urban Infrastructures (GUI).

Joining representatives of Authorities from the Sicilian Region and the University of Catania, the representatives of the Energy and Water Agency and the Rabat Local Council addressed the opening session of the workshop. Manuel Sapiano, CEO of the Energy and Water Agency highlighted the importance of adopting green infrastructures to optimise the management of rainwater runoff flows in urban centres in view of the increased occurrence of high-intensity rain events as a result of Climate Change. In particular, he stressed the importance of ensuring that these measures are adapted to the climatic conditions prevailing in our regions, through initiatives such as that being undertaken under the GiFLUID project.”

Mr. Alexander Craus, Rabat Mayor highlighted the challenges that the locality of Rabat faces due to uncontrolled urban runoff, and hence the importance of the GiFLUID project in assisting the Local Council in planning interventions to address these challenges. He also noted that through the project, St Domenic’s Square in Rabat will be transformed into a porous square, to serve as a demonstration of the application of Green infrastructures in Malta

The GiFluid Project was launched in December 2021. The 30-month project has a €2 million budget that will see the implementation of pilot flood mitigation projects and the development of flood modeling platforms in Malta and Sicily. This project is co-financed under the Interreg Italia-Malta project. It is led by the University of Catania, and sees the participation of the Energy and Water Agency, the Comune di Aci Castello, the Rabat Local Council, and the Regione Siciliana. For more information on the project click here.